I don’t often get to do too much front-end work these days, but this is a project I did in conjunction with another developer at SFC for two different clients who both wanted what we’re calling “exploded nav.”

Basically they want the entire category tree to be shown in a nested box with columns instead of several layers of popup, with the ability to set a featured product or product image, and a testimonial quote at the bottom.

All we had to do was add another tab for Nav settings to the Category UI in admin and adjust the frontend styling accordingly. We’re still dealing with IE of course so the columns were tricky, but this particular client’s requirements simplified it because they only wanted the second level categories shown. 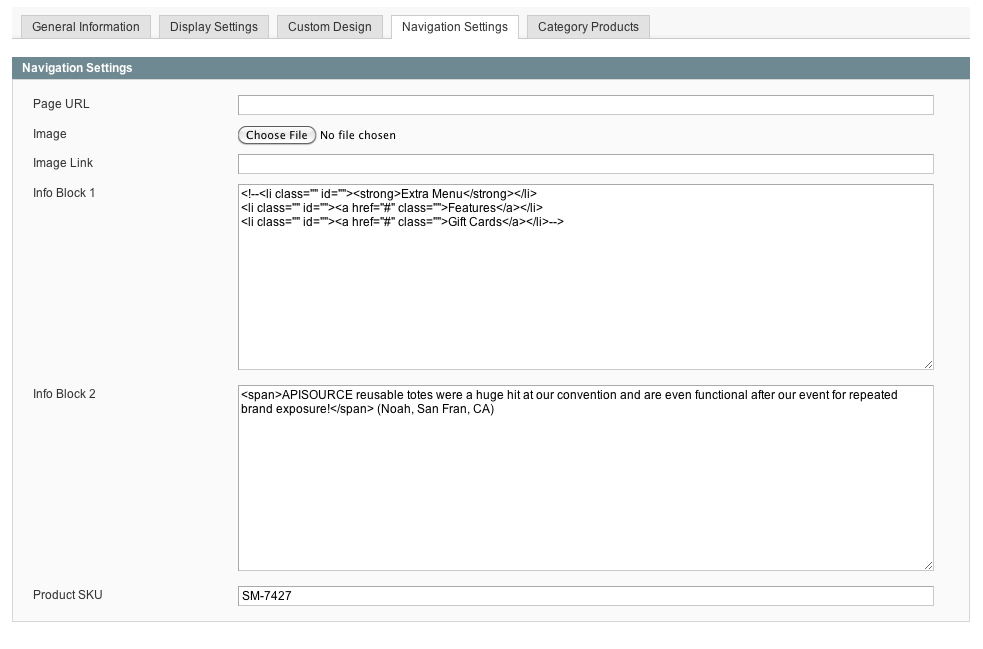 Most of the work I’ve been doing is with spreadsheets and imports, so it was a nice change to get to work on something so visual.